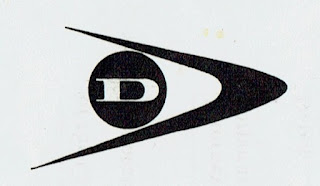 
In 1968 computer pioneer Evelyn Berezin quit Teleregister to join Digitronics as manager of logic design. Before, Berezin had designed the Elecom 200 at Electronic Computer Corporation (later purchased by Underwood) and also a prototype office computer for Underwood. At Digitronics she was working on the idea of a word processor for everyday documents. Berezin left the company in 1969 to found the Redactron Corporation where she would develop the Data Secretary word processing system.

North American Philips sold its majority interest in Digitronics in 1972. In that year Digitronics merged with Iomec Inc. and became the latter’s division. Subsequently, Data 100 Corp. acquired Iomec in 1975 and the next year Data 100 sold the Digitronics division to Comtec Information Systems, Inc., Rhode Island. 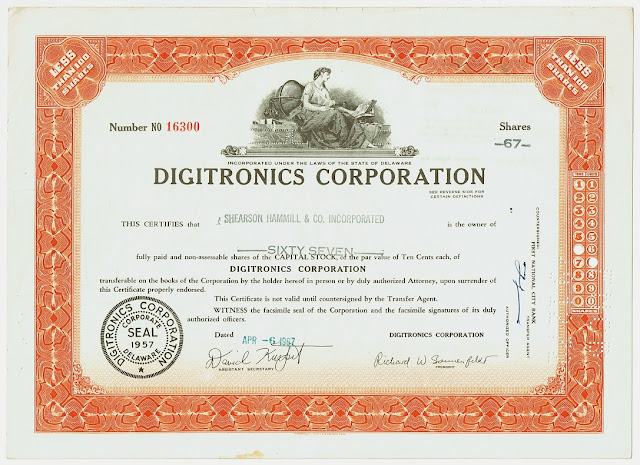 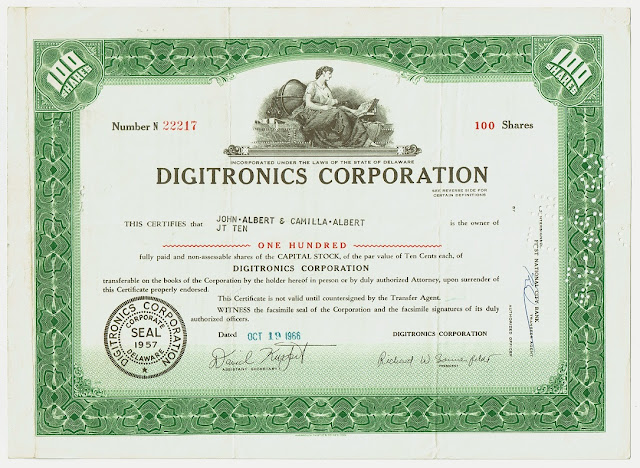 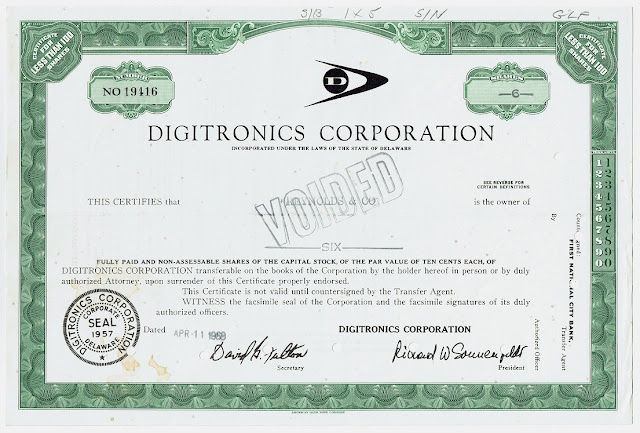 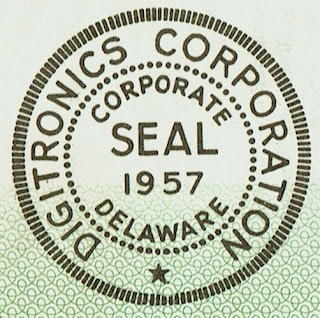 Company seals on securities are used for authentication and as an anti-counterfeiting measure.
Seals can show the name of the issuer, an emblem, an incorporation date, and in some cases a picture of the kind of activity that was involved.